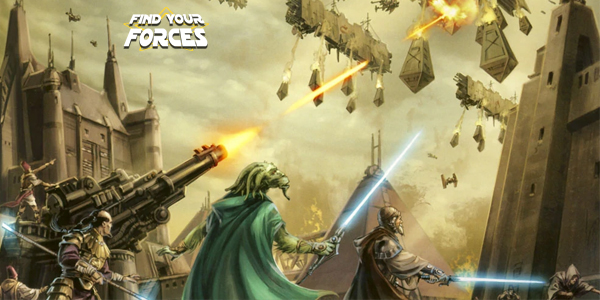 One of the major aspects of Star Wars lore that offers nearly infinite story possibilities is the division of the historical eras. The stories that take place in that galaxy far, far away encompass thousands of years of history. In order to better categorize the Star Wars chronology, Lucasfilm Ltd. and Lucas Licensing established eight publishing eras for all Star Wars material.

Symbols for each of the eras were also established, allowing readers to easily determine where a particular work took place in Star Wars history. Below are a number of the eras that categorize the vast history and important events that define the Star Wars chronology.

The earliest days of the Jedi Order are explored within the era known as Before the Republic. The early Jedi Order during this era explore the Force on the planet Tython in the Deep Core systems.

During this time, space travel is limited to most of the inhabitants of the galaxy. The major power during this era is the merciless Rakatan Infinite Empire that stretches to most known worlds.

The Old Republic Era encompasses the earliest days of the Galactic Republic, its guardians, the Jedi Order, and their nemesis, the Sith. The era begins with the foundation of the Republic and continues through the rise of multiple Sith Empires before culminating in the defeat of the Brotherhood of Darkness.

By the end of the era, the Republic is reborn during the Ruusan Reformation.

This era can be considered the golden age of the Galactic Republic. Despite this, the Sith, led by Darth Bane, manage to survive and plot the destruction of the Republic and the Jedi Order from the shadows. Centuries of hidden scheming eventually give rise to Darth Sidious who would inherit the mantle of Dark Lord of the Sith.

This era is named after the Alliance to Restore the Republic that forms to oppose the tyrannical Galactic Empire. It is during this era that a young man named Luke Skywalker discovers his destiny.

With the help of the last remaining Jedi masters and many other heroes like Princess Leia and Han Solo, Skywalker and the Rebel Alliance defeat the Empire’s powerful Death Star. The Rebellion Era also includes pivotal battles like the Battle of Yavin, Retreat from Hoth, and the Battle of Endor, where the Empire suffers a fatal blow.

Following the major defeat of the Galactic Empire, a New Republic begins liberating countless worlds including the imperial capital world of Coruscant. The New Republic must defeat a number of threats during this era while trying to bring peace and stability to a fractured and war-torn galaxy.

Looking to engage with other Star Wars fans looking for love? Register at Find Your Forces today to see who you match with!