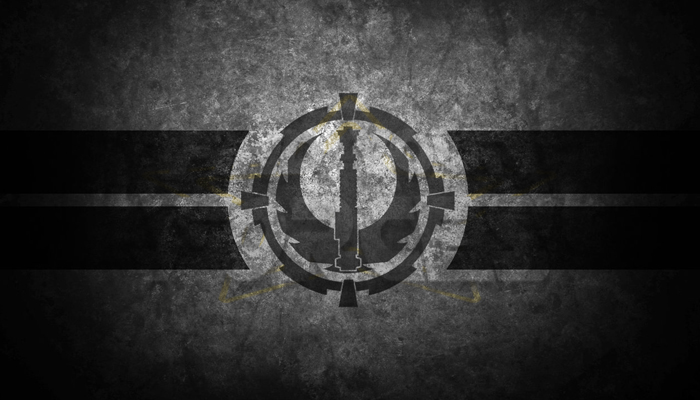 Force users in the Star Wars universe have always been a mysterious lot. From the wise yet morally flawed Jedi to the powerful but selfish Sith, these groups study and use the Force by applying ancient principals built upon over thousands of years by their respective paths. However, there exists a third group, independent of the Jedi and Sith Code. The Gray Jedi walk the fine line between the light and the dark often mystifying and angering both the Jedi and Sith.

Gray Jedi often fell into two categories: those Jedi who had distanced themselves from the High Council and operated outside its tenants and structure; and Force users who did not belong to any Force tradition.

The term Gray Jedi did not necessarily refer to a Force user who could use both the light and dark side of the Force however almost all Gray Jedi could effectively do so. The term is ancient, dating back to the Old Sith Wars when the Jedi High Council decided to consolidate their power and centralize their hierarchical authority in interpreting the Jedi Code.

Some Jedi opposed this decision believing that the only true authority was the Force itself and not the traditions established by the Jedi masters of the High Council. The most common arguments were over the new tenants concerning the restriction of training and barring emotional attachments.

This led many Jedi to become “Gray” and abandon the Jedi Order often seeking personal isolation and solitude. Gray Jedi did call upon the dark side of the force but never fully embraced it nor were corrupted by it. Some of the Gray Jedi actively opposed those who had embraced the dark side.

One example of this was Jolee Bindo, a Jedi padawan who became disenfranchised with the High Council and went to serve the Old Republic against the Sith Empire during the Great Sith War and again in the Jedi Civil War.

Despite the valor and service of some Gray Jedi, many traditional Jedi believed that the Gray carried the dark side’s corrupting influence within them even if they could not recognize it. All Gray Jedi were proficient in using both light and dark side Force abilities and were adept at skills common to the Sith and the Jedi.

They were well versed in the construction and use of lightsabers including a variety of lightsaber stances. The ability to use both light and dark side Force abilities was not necessarily restricted to the Gray Jedi.

Following the Stark Hyperspace War, the Kel Dor Jedi Master Plo Koon used a Force technique he later named Electric Judgement which bore a striking resemblance to Force Lightning a traditionally dark side Force technique. The Gray Jedi have intrigued fans since the term was first referenced in the comic book Star Wars: Republic: The Stark Hyperspace War when it was used to describe the Jedi Qui-Gon Jinn.

Their mysteriously solitary and maverick nature force fans to consider complex questions regarding the Force and the traditions established to use and practice it. Operating from the shadows sometimes for virtue and sometimes for selfishness, they mystify the Force and oftentimes raise more questions about the nature of this all-encompassing and universal energy.

What about you? Explore where you land in between the Dark and Light Sides. Visit the only Star Wars dating site and begin seeing which side you match with, only at Find Your Forces.

Mysteries Of The Gray Jedi