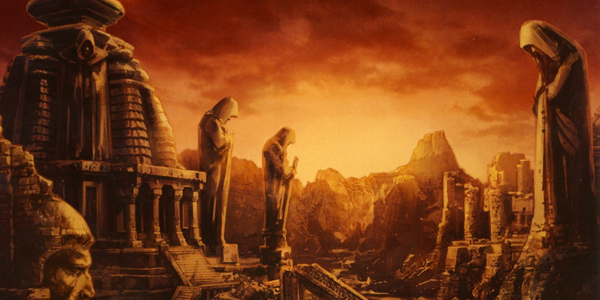 The secretive ways of the often malevolent Sith have always fascinated Star Wars fans. Their power structure, their traditions, and their mythologies have all made them incredibly popular for fans of the franchise. Since the conclusion of the Original Trilogy, the lore on the Sith has expanded exponentially.

One of the most interesting and central tenants of Sith philosophy was the Rule of Two. This philosophy can be found with the various Lords of the Sith that have been introduced throughout the decades. What is the Rule of Two and why is it so important to the Sith?

Once Darth Bane had become a Dark Lord of the Sith, he mandated that there could only be two Sith at any given time. A master and an apprentice. This became the central doctrine of the Rule of Two. As the Dark Lord of the Sith decreed, “Two there should be. No more, no less. One to embody power, the other to crave it.”

The Rule of Two was inspired by Darth Bane’s personal experiences and the study of ancient Sith texts. The peculiar relationship between master and apprentice also ensured the survival of the Sith lineage. Masters demand absolute loyalty from their apprentices, despite regularly betraying them if an individual with greater potential was found.

Apprentices were not completely powerless. In order for an apprentice to become master, they would have to betray their own master. Darth Bane believed this could sift out the weak and ensure the survival of the strongest and most cunning Sith.

A Weapon Against The Light

Darth Bane conceived the Rule of Two as a means of preventing the Sith from destroying themselves and as a way they could operate in secret. While operating in the shadows, they could plot their return to power and the destruction of the Jedi. Darth Bane was eventually defeated by the Jedi, although some records indicate he was defeated by his apprentice.

Following the death of Darth Bane, the Jedi Order believed that the Sith had at last been eradicated from the galaxy. Bane’s legacy and vendetta against the Jedi lived on through his apprentice. The Sith would carry out their long-awaited revenge against the Jedi through the generations for a thousand years

The Rule of Two was followed by the eventual Dark Lord of the Sith Darth Sidious. The Sith lord managed to plot and successfully execute the Sith’s vengeance on the Jedi by nearly wiping them out. The Rule of Two would live on three decades later, when the Sith, Supreme Leader Snoke, was defeated by his apprentice, Kylo Ren.

Find Your Forces For Geek Dating

If you are a Star Wars fan interested in connecting with similarly minded geeks to find love, then you are in luck. Find Your Forces is a one-of-a-kind dating site – made by Star Wars fans, for Star Wars fans. Completely ad-free, we set ourselves apart from other geek dating sites by creating and supporting a community of Star Wars fans.

Ready to join and see who you match with? Register at Find Your Forces today!